Disney fans who love Stitch aka Experiment 626 but know it’s certainly not a dog will enjoy the new Disney collection, Disney Stitch Crashes. While the alien entity can already devote an entire day to him (June 26), Disney felt it was time to honor this character with their own series of merchandise, and we’re very excited about that.

(Please note this article contains affiliate links. Your purchase will support LaughingPlace by providing a small commission to us, but will not affect your price or user experience. Thank you.) 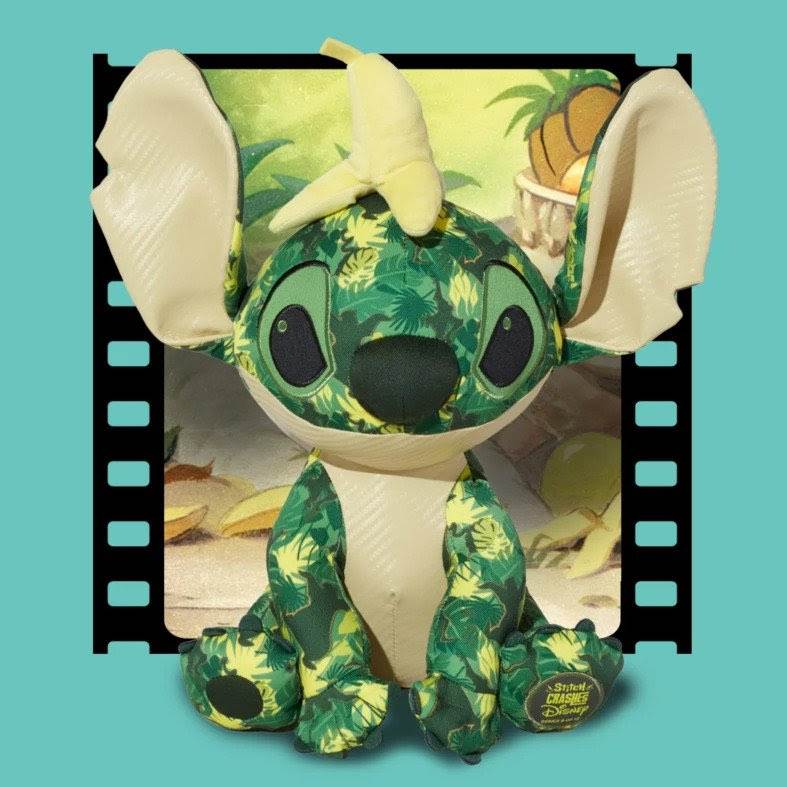 Looks like Stitch has been caught in a mess of lush greenery! It’s covered in a green leaf pattern accented by the silhouettes of Baloo and King Louie dancing through the jungle. Stitch’s ears and torso are ribbed yellow fabric and to top it off he wears a banana on his head! 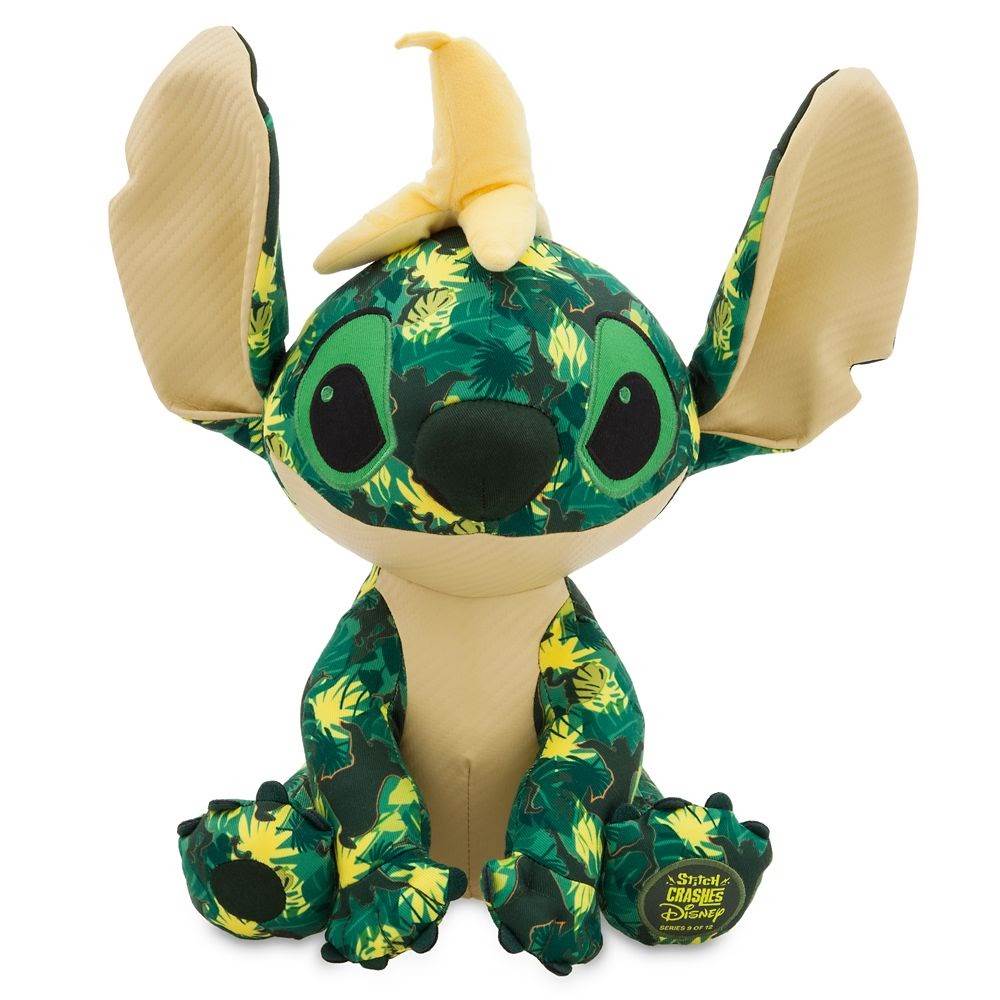 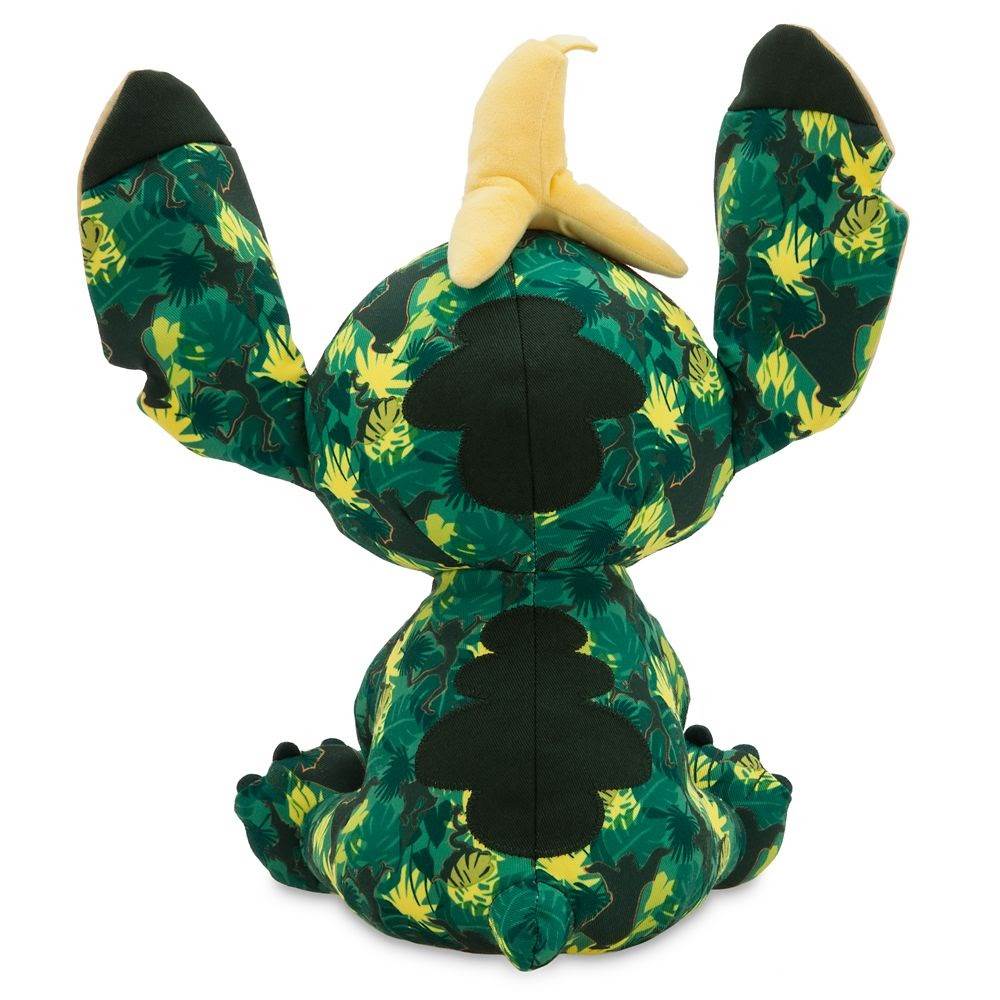 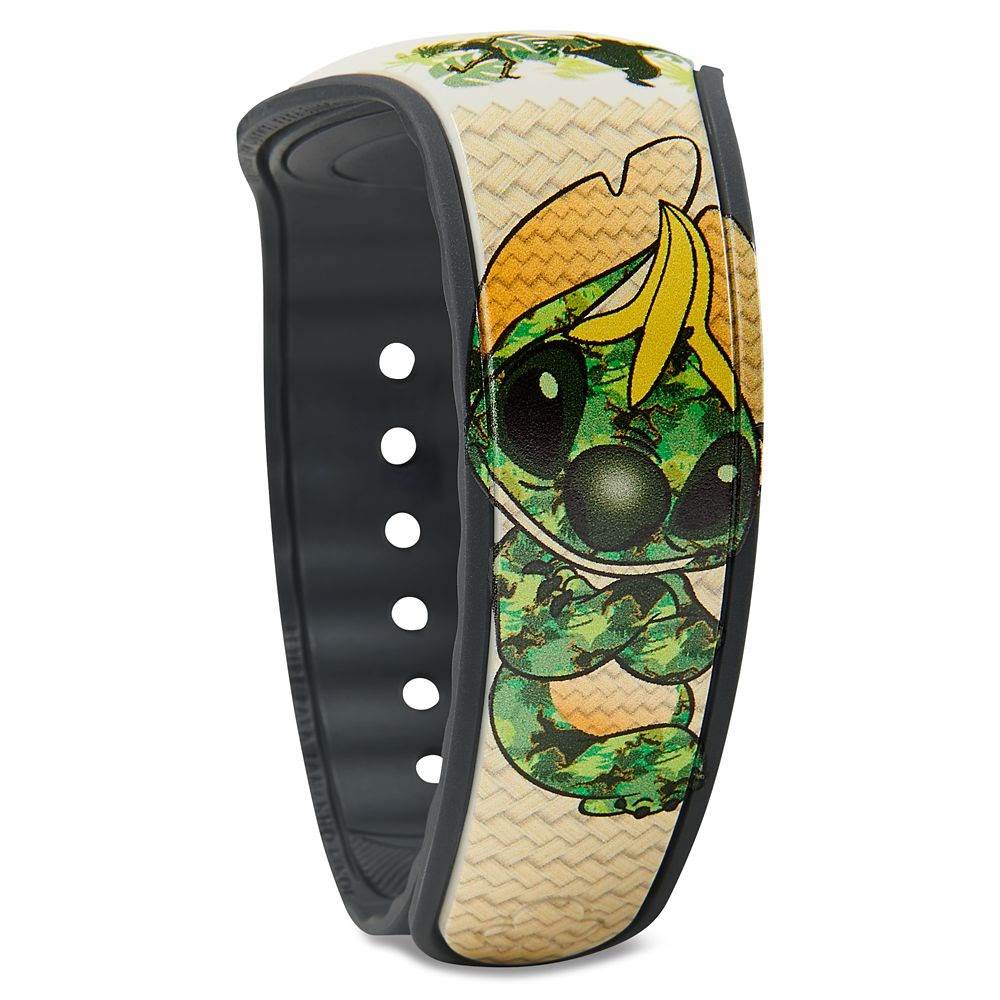 Series 3 of the Disney Stitch Crashes Collection will be available in March. This version is inspired by The Lion King and has a green and golden yellow color blocking with fun patterns. Stitch’s eyes and nose are dark red, and there is an adorable insect larva on top of his head! 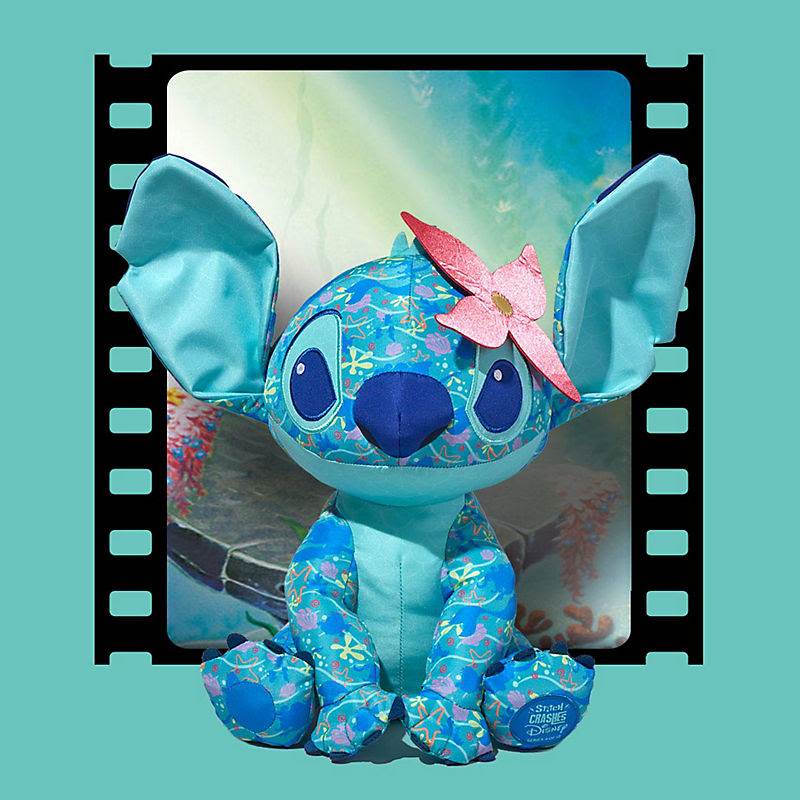 From the Savannah to the Ocean, the next Disney movie that Stitch crashes is The little Mermaid. Our disturbing blue friend is found “Under the Sea” for series 4 displaying an aquatic motif of corals, fish and mermaid silhouettes. He even wears a sea flower too! Series 5 of the Disney Stitch Crashes collection is dedicated to Geppetto’s original wooden creation, Pinocchio. This design features a wood grain pattern in dark brown and light brown and is accented with blue stars, golden swirls, and Jiminy Cricket and Pinocchio silhouettes. Oh! And Stitch is wearing Pinocchio’s iconic yellow hat with a red feather! 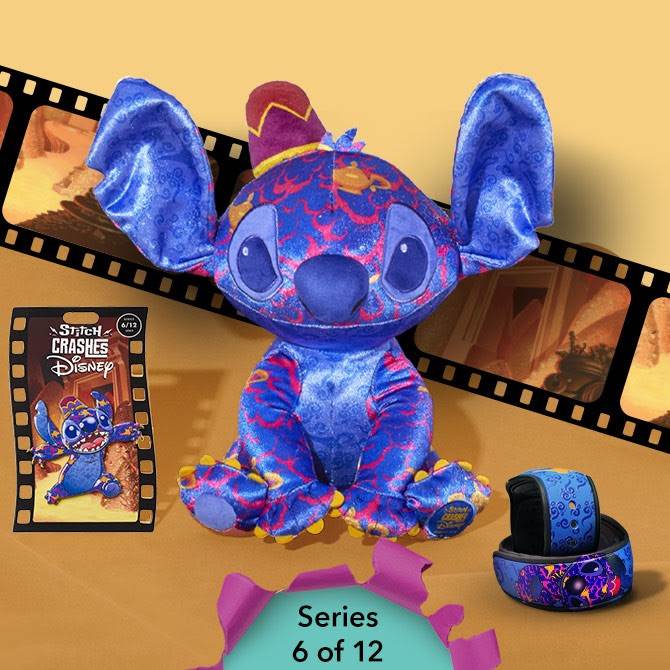 He comes from a country, a far away place… Stitch came down to Agrabah and it looks like he met Aladdin’s Magic Carpet! Series 6 features the troublemaker in a new shade of blue accented by pink swirls and a magic lamp. And he managed to grab Abu’s fez in an attempt to “perfect” his look. 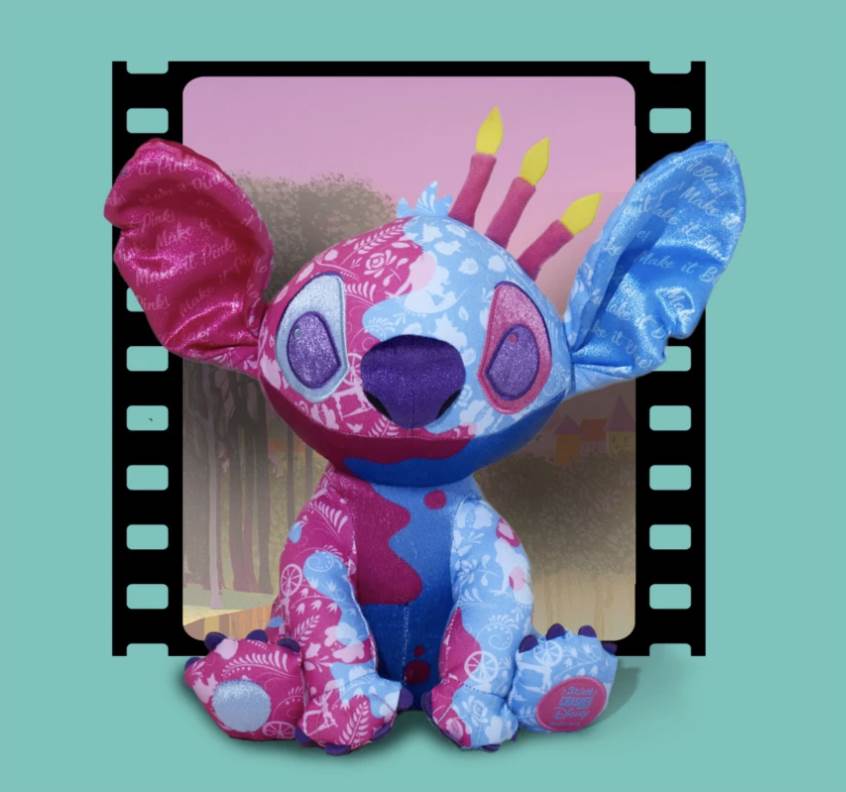 Oh no! Stitch found itself in a mess! Struck from both sides with different magical colors of flora, fauna, and Merryweather wands, Experience 626 is now two-tone! “Make it pink” or “make it blue” is inscribed on each ear and the colorful design features icons of the spinning wheel, Aurora, fairies and more. To complete her look, three “lit” candles rest on the left side of her head. 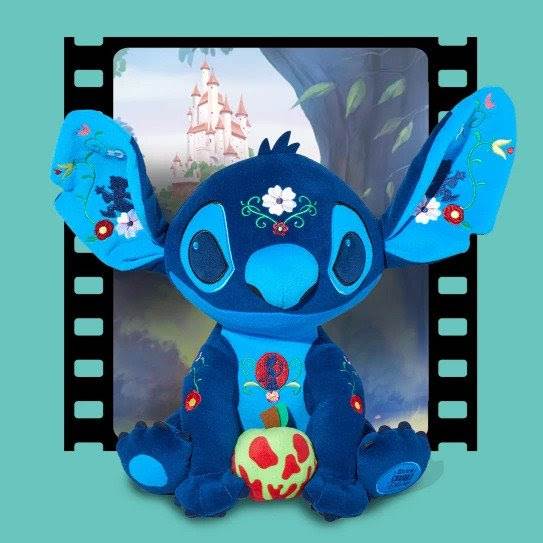 Stitch got a bit of a mess for Series 8. Our friendly alien is decked out in two tones of blue accented with flowers, vines and figure silhouettes. apple covered in deadly poison! 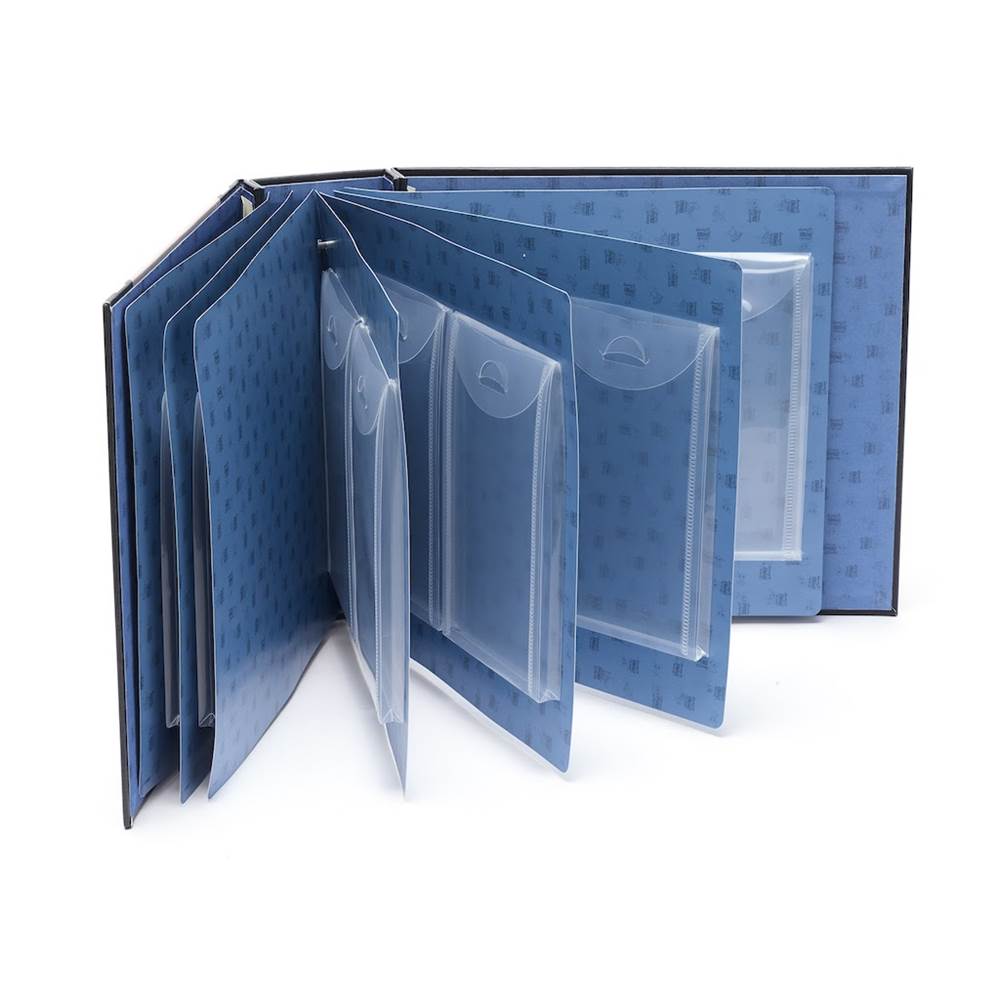